You are here: Home / News / Leader of National Endowment for the Arts visits Iowa 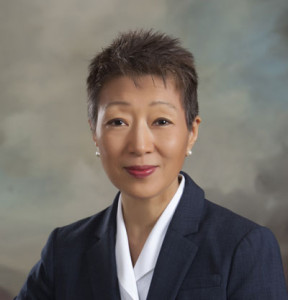 The head of the National Endowment for the Arts has wrapped a visit to Iowa’s capital city. It marked Jane Chu’s first trip to Iowa as NEA chairman.

“It’s about connecting the arts to other sectors that want art and are not categorized as art,” Chu said. “This matches up with our mission to make sure that people understand that all Americans have the opportunity to be engaged with the arts, that the arts are not in a corner, they’re not just for some people and not for others.”

While she was in Des Moines, Chu learned visited the headquarters of ArtForceIowa, which works with at-risk and underprivileged youth. She praised the organization and said she was also impressed with the city’s appreciation for pieces of art created many decades or centuries ago.

“When you have that combination of arts infusing people’s lives on an everyday basis and the celebration of arts that have been honored for generations, that’s a really great thing,” Chu said. Chu is the eleventh chairman of the National Endowment for the Arts. The NEA has awarded nearly $220 million in grants during her tenure.