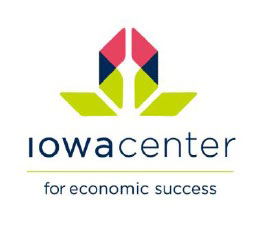 At a time of fiery international debate about refugees and immigration, an event is coincidentally being held in central Iowa tomorrow to celebrate non-native Iowans who’ve found remarkable success in our state.

Amelia Lobo is helping organize the 8th annual Immigrant Entrepreneur Summit, which is expected to draw at least 700 immigrant entrepreneurs and their supporters from across Iowa.

“The summit is a great opportunity for immigrant entrepreneurs and advocates of entrepreneurship to come together and learn from one another,” Lobo says. “We have a number of business sessions on things like taxes and business planning and networking, which is very important.” Lobo is the Director of Credit & Lending at the Iowa Center for Economic Success. She explains who the summit is designed to benefit — and to champion.

Lobo says, “An immigrant entrepreneur is an individual who is an immigrant to Iowa, so, somebody who was not born in the U.S. and who has started or owns perhaps a family-owned business or has started a brand new business or aspires to become a small business owner.”

While Lobo says there is much “rhetoric” in the current discussions about refugees, she says this summit celebrates a wide array of clear examples of outstanding success stories. Lobo says, “This is an opportunity for individuals who have emigrated from other countries to Iowa to really say, ‘We are making a tremendous contribution to the economy of our state and to local economies.'”

During the summit, four individuals will be honored who have excelled at business or who are champions for entrepreneurship and for their communities. They are: Guadalupe and Ramiro Vazquez of Muscatine, Suku Radia of Des Moines and Sylivia Chelimo of Iowa City. The all-day summit is being held at the FFA Enrichment Center at the DMACC campus in Ankeny. Lieutenant Governor Kim Reynolds will give the morning keynote address while Governor Terry Branstad will lead the awards ceremony.