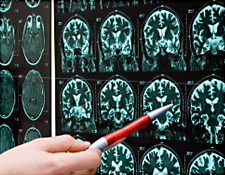 A new report projects the expense to Medicaid for people afflicted with Alzheimer’s disease in Iowa and nationwide will increase dramatically over the next decade.

Melissa Kramer, spokeswoman for the Greater Iowa Chapter of the Alzheimer’s Association, says the costs will have a tremendous impact on the thousands of patients in Iowa who are living with the memory-robbing disease.

“The current budget for Medicaid here in Iowa, we spend about $576-million on Medicaid and 14% of that is actually spent on people with Alzheimer’s disease or other dementias.”

Symptoms usually develop slowly and get worse over time, becoming severe enough to interfere with daily tasks. Alzheimer’s accounts for 60- to 80% of dementia cases. A majority of people with Alzheimer’s are 65 years old and older, but early onset can strike someone in their 40s or 50s.

“Alzheimer’s is a triple threat,” she says. “It’s soaring in prevalence, it’s lack of treatment and it has enormous costs associated that really no one can afford. This is an expensive disease and if we don’t do something now, down the road, it will bankrupt America.”

There is no cure for Alzheimer’s. Last year in Iowa, it was estimated there were 62,000 people statewide who’d been diagnosed with the disease.