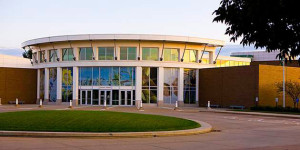 DuPont Pioneer could soon be merged with Dow. Delaware-based DuPont is the parent company of Iowa-based Pioneer. If the $130 billion plan goes through, it would create the biggest chemical company in the United States and the second largest in the world.

“If it follows the plan they have outlined, I think it could actually be good news for Iowa, Des Moines, and the people at DuPont Pioneer,” King said. It would also be good for farmers, according to King, as the deal calls for one of the companies to be dedicated to agricultural business.

“They’ll be able to make, probably, better investments. They’ll probably listen to them more than they would otherwise because they’ll be their only primary customer. To the extent that they are happy with DuPont now, the employees, the business decisions made at DuPont Pioneer, could only probably improve to better focus on farmers as customers,” King said.