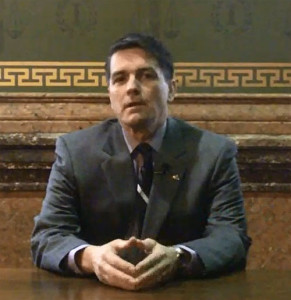 State tax receipts over the past six months are up just two percent compared to the same period last year. Jeff Robinson, the senior fiscal analyst for the Legislative Services Agency, calls that “modest” growth.

“As we head into the second half of the fiscal year, growth will need to accelerate,” he says.

That’s because a three-person panel of financial experts is predicting state tax collections will grow almost twice as much, by 3.8 percent. That estimate is what the state budget plan for the next fiscal year is to be based upon.

The data on state tax collections for just the month of December is a bit muddled because the Thanksgiving holiday was so late in November. While the state treasury’s actual cash receipts show a dip of nearly $26 million last month compared to December of 2014, Robinson says that’s off by about $42 million.

The 2016 Iowa Legislature convenes on Monday and legislators from both parties acknowledge coming up with a state budget plan will be difficult.