You are here: Home / News / Inductees announced for the Iowa Rock and Roll Hall of Fame 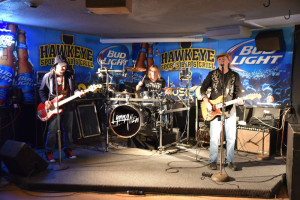 The Iowa Rock and Roll Hall of Fame has announced the inductees into the 2016 Hall of Fame, with a ceremony planned for later this year.

Andrea Wiesenmeyer is director of the Iowa Rock and Roll Music Association, which sponsors the ceremony which will honor a long list of Iowa bands and individuals:

Three non-performing bands are also being inducted: Larry Rai & the Redtops, Blue Flames and Landslide. “We have a category called Women Who Rock and this year, we’re honoring Shannon Price from the southeast region and Janey Hooper from the central region, both fantastic female artists,” she says. The celebration at the Rock and Roll Hall of Fame is set for Labor Day weekend, September 2nd through the 4th, in Arnolds Park.

“We kick it off Friday night, the 2nd, with a kick-off party and the lifetime membership party, and then Saturday, we have a whole host of things going on including a competition for our youth in helping to grow that rock and roll into the next generation with a high school and college-age Battle of the Bands competition,” Wiesenmeyer says.

On Sunday, there will be the induction ceremony and a concert. Tickets go on sale for the event in June. See the full list of inductees at the website: www.iowarocknroll.com.