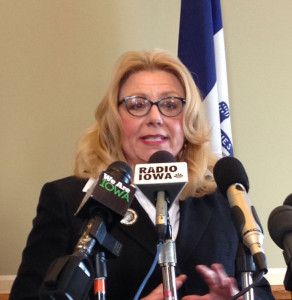 A top Democrat in the legislature says the state should hire far more than just two more ombudsmen to handle complaints from patients and health care providers having difficulty navigating the new managed care system for Medicaid.

“The two ombudsmen that have been hired for this specific purpose have received over 300 phone calls in one week and the system isn’t even underway yet,” says Senate President Pam Jochum, a Democrat from Dubuque.

A recent report suggested as many as 134 more ombudsmen should be hired once the state switches all 560,000 Medicaid patients into care plans managed by private companies. Jochum’s not sure the state can afford to hire 134 new staffers, but she says Iowa Medicaid patients and the health care providers that serve them need “far more” than just the 10 ombudsmen now on staff when the private companies deny care or reduce reimbursement rates.

“If this was a well-thought-out plan, all of these issues that we are still raising would have been thought-out ahead of time,” Jochum says. 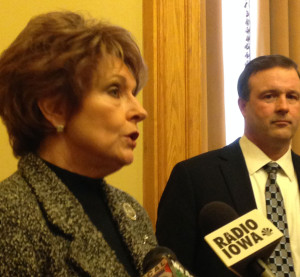 House Speaker Linda Upmeyer of Clear Lake, the top-ranking Republican in the legislature, says legislators want to make sure there is an adequate number of staff to respond to questions — but she says hiring 134 more ombudsman is a “staggering number”

The report calling for enhanced oversight of the state’s Medicaid program, once the private managed care companies take over, had a $17 million price tag. Upmeyer, like Jochum, suggests that’s not do-able in a tight budget year.

“I think that number seems very large,” Upmeyer says. “And that would take another really large bite out of the resources.”

Governor Branstad had hoped to start the shift to private managed care for Medicaid patients on January 1, 2016, but federal officials ordered a 90-day delay. Legislators like Jochum suggest the shift may not start April 1 either, as there’s a long check-list of steps that must be taken before the shift will get federal approval.

Medicaid patients and health care providers are in the process of signing up with one of the three private companies the Branstad Administration has selected to manage Medicaid patients’ care, once a federal waiver is granted. In December, federal officials expressed concern about “chaos” being caused by the shift, but indicated the state would ultimately be allowed to make the change.