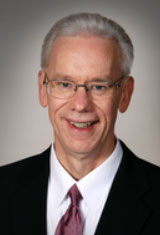 Representative Ron Jorgensen, a Republican from Sioux City, is chairman of the House Education Committee and he called it a “fiscally responsible” level.

“We recognize that two percent is not a big increase,” Jorgensen said,” but when you recognize the financial realities that exist, it’s an appropriate number.”

Republicans say state tax revenues are not as robust as hoped and this two percent increase for schools eats up nearly all the tax growth that’s expected.

“Even though many other state agencies will once again operate with no budget increase, or in many cases operate with budget cuts, that is not the case with K-12 funding,” Jorgensen sid. “Would I like to give education more dollars? Sure…but I’m also a realist. You can’t manufacture dollars. The pie is only so big.”

“If we are not going to make educaiton a priority, then I am proposing today our next bill is to change the picture on the Iowa Quarter,” Brown-Powers said. “Instead of having a schoolhouse, maybe we need to put a ‘Help Wanted’ sign.”

Representative Scott Ourth, a Democrat from Ackworth, suggested rural schools will be hard-pressed to stay afloat under the Republicans’ plan.

“I hope you’ll reconsider this low-water mark of two percent,” Ourth said. “And when the real negotiations start, I would hope that you’ll listen to our superintendents and our teachers and parents.”

Representative Charlie McConkey, a Democrat from Council Bluffs, said his city’s property-poor school district will be forced to cut programs and lay off staff.

“Education is the best economic growth tool we have available to us today,” McConkey says. “So let’s make education our top priority again.”

Republican Governor Terry Branstad has recommended a slightly higher increase in state support for schools than Republicans in the House propose. Senate Democrats favor a higher level. It’s unclear how quickly the two parties may compromise and make a final decision.