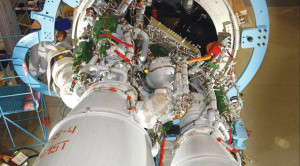 “I’m assuming for decades the Air Force has known that the RD-180 could be withheld by the Russians at some point, so why is the solution just now being addressed?” Ernst asked yesterday. “I would have thought this is something that should have been a part of our discussion years and years and years ago.”

Ernst made her comments Wednesday during a Senate Armed Services Committee hearing. The U.S. government’s satellites not only are used to direct military operations, they’ve used by U.S. intelligence agencies.

Senators like Ernst are expressing concern Russia’s president is personally benefitting from the sale of these rocket engines to the U.S. They say the company that makes the engines is owned by the Russian government and controlled by several confidants of Vladimir Putin.

“We can’t let this happen again,” Ernst said. “…The American taxpayer, they expect much better from us…I think we need to develop our own technology as quickly as possible.”