You are here: Home / Business / Eaton Corporation laying off 250 in Shenandoah 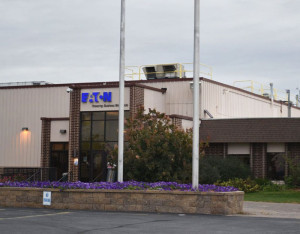 Officials at Eaton Corporation announced layoffs at the manufacturing plant in southwest Iowa.

Company officials say 250 positions will be eliminated at its Shenandoah facility as part of a change in manufacturing strategy.

Employees were notified of the impending layoffs Thursday morning. Approximately 85 positions will be retained to support ongoing operations.

Thursday’s announcement follows on the heels of 71 layoffs in December. Eaton officials stated this latest round is no way a reflection of the hard work of the people in the facility.