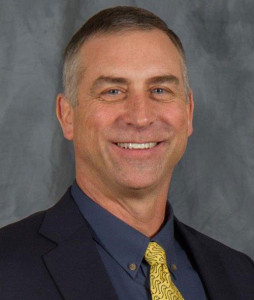 State officials, along with commodity group leaders, are touting a $9.5 million USDA grant for water quality efforts that will get $4.75 million worth of matching funds from the state.

“This partnership has brought together diverse stakeholders from multiple sectors committed to improving water quality in line with the goals of the Iowa Nutrient Reduction Strategy,” he says.

That’s the voluntary approach farm groups and state officials announced three years ago in response to concerns about run-off from ag land. Kirk Leeds, the CEO of the Iowa Soybean Association, is also a spokesman for the Iowa Agriculture Water Alliance and he was at Tuesday’s news conference to announce the combined $47.25 million investment in conservation practices on Iowa farms.

“I think it’s a reflection of the progress we’ve made in a very short period of time of rallying people together, even with the distractions that some of us are dealing with, to rally farmers and the communities together to move forward on improving a very important resource in our state, our water,” Leeds said.