You are here: Home / Agriculture / Panel of experts talks about the political of future of ethanol, RFS 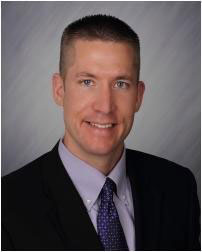 A panel of experts on Iowa elections and the state’s economy convened in Washington, D.C. Tuesday to discuss the political future of the federal ethanol production mandate.

Some have argued that Ted Cruz’s victory in the Iowa Caucuses dealt a fatal blow to efforts in congress to maintain the Renewable Fuels Standard. University of Northern Iowa political science professor Christopher Larimer said Iowa Caucus-goers are more focused on finding a candidate who “shares the same values” rather than one who promotes certain policies.

“Do voters in Iowa care about ethanol? Yes, absolutely they do, but it’s more of a November election issue than a caucus issue.” Larimer said.

But Drake University law professor Anthony Gaughan said the success Cruz had in the January Caucuses highlights a demographic shift in the state.

“The politics of this state are moving towards urban-focused issues,” Gaugan said. “Rural Iowa’s still immensely important, make no mistake about that, but it’s influence is diminished from what it would have been 20, 25 years ago and I think that will shape the debate over ethanol going forward.”

Iowa State University economist Dave Swenson said there may be a period of “policy flux” regarding ethanol, but he said urban Iowans consider farming to be part of the state’s identity and generally support the ethanol industry.

“We have affection in Iowa for programs and policies that support Iowa,” Swenson said. “We’re not stupid and we’re going to advocate for those.”

Paul Tewes was the state director of Barack Obama’s 2008 Iowa Caucus campaign and he worked as a consultant on the pro-ethanol campaign before Iowa’s 2016 Caucuses. He said the politics of ethanol are growing more rather than less “intense” as the General Election nears.

“I doubt anybody with a straight face can say oil is better for our environment than ethanol,” Tewes said.

The four men participated in a panel organized by Congressional Quarterly, a publication that covers congress. A senator from South Dakota and a Vermont congressman who also spoke both said a congressional debate about the future of the Renewable Fuels Standard won’t happen until after a new president is elected.