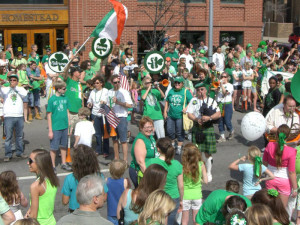 Iowa public safety officials are issuing a warning about the upcoming holiday.

There are all kinds of St. Patrick’s Day celebrations planned around the state over the next several days and that can lead to a dangerous situation on roadways.

Alex Murphy, with the Iowa Department of Public Safety, cites 2014 figures from the National Highway Traffic Safety Administration (NHTSA). “They tell us that 28 percent of all crash fatalities during the St. Patrick’s Day weekend involved drunk drivers,” Murphy said.

That figure rose to 50 percent between the hours of midnight and 6 a.m. Murphy warns that extra police and state troopers will be patrolling Iowa’s roadways between now and Saturday — watching for impaired drivers. There have already been 57 fatalities from traffic crashes in Iowa this year. That’s 19 more than the same period in 2015.

Murphy says a lot of lives could be saved if more motorists buckled up. “About half of all of the fatalities so far this year in Iowa have involved people in the front seats not wearing seat belts,” Murphy said. Federal officials report pedestrians walking while intoxicated are also at risk of getting hit by a vehicle.

In 2014, 35-percent of the pedestrians killed in crashes had a blood alcohol content of .08 or higher, according to the NHTSA.