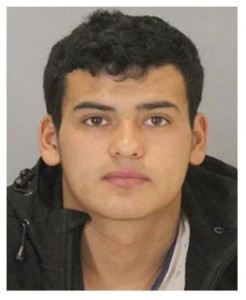 The head of Immigration and Customs Enforcement was questioned before Congress this week about the death of an Iowa woman in a “horrific” car crash in Omaha.

The January accident was allegedly caused by an  immigrant who was in the country illegally, and then vanished after being released from jail.

“I don’t understand where you got the information with respect to our ‘refusing’ to deal with this individual,” Saldana said, “that’s not my understanding of the facts.” Sasse replied: “This is ICE’s public comment. ICE said that in response to Omaha law enforcement who said they requested that ICE detain him.” Saldana responded: “I am ICE and I don’t recall making that statement. I would not have said that.”

The suspect, 19-year-old Eswin Mejia of Honduras, posted bond and hasn’t been seen since. It’s feared he fled the country to avoid prosecution, as he was in the U.S. illegally. Police say Mejia was street racing while driving drunk and rear-ended the SUV driven by 21-year-old Sarah Root, of Council Bluffs, killing her.

Senator Sasse told Saldana that Root’s family and many others want to know why the feds wouldn’t hold the suspect after he met bail, as he was clearly a flight risk. “This is my letter to you February 29th,” Sasse says. “I’m quoting your agency’s public statement. Your agency said in response: ‘At the time of his January 2016 arrest in Omaha on local criminal charges, Eswin Majia, 19, of Honduras did not meet ICE’s enforcement priorities.'”

Due to the suspect’s immigration status, Omaha police requested ICE detain him but that was denied as ICE said it would not be consistent with the president’s executive actions. Saldana says it’s unclear exactly what happened and she’s still investigating the case.

“Quite frankly, sir, it’s very easy to look back and say, ‘That person’s judgment was incorrect,’ and I have some concerns about that,” Saldana says. “Every situation we have that results in something as horrific as this, we always try to learn from it. I’ll be following up to look at the specific individuals involved, how the judgment was formed and why that was done.” When asked if if she thought someone who street races while drunk and kills another person is a threat to public safety, Saldana said, “Yes.”

The suspect is accused of motor vehicle homicide but the judge set bond at $50,000. He was able to secure 10 percent of that and was freed. Sasse says Omaha police moved as quickly as possible to have ICE take Majia into custody. “We tried to act, sir, but I believe there was a matter of hours between the time that we were contacted and the actual release,” Saldana says. “It is very hard for us to get to every inquiry that is made by law enforcement and unfortunately, it had a horrible consequence here.”

Police say Mejia’s blood-alcohol level was three times the legal limit and he was driving on a suspended license when he was racing and rear-ended Root’s vehicle. Saldana testified on Tuesday before the Senate Homeland Security Committee.