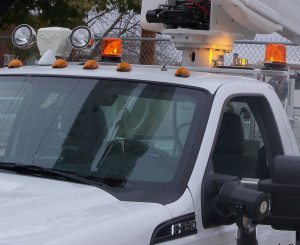 Utility crews will be busy trying to restore power in parts of Northwest Iowa.

More than 6,000 Iowa homes have no electricity this morning in many cases due to snow-covered tree limbs falling on power lines.

Ashton Newman, spokeswoman for MidAmerican Energy, says some areas of northwest Iowa got a thick coating of ice and then up to 15-inches of snow along with wind gusts approaching 50 miles-an-hour.

“Ice through the evening hours fell on the lines,” Newman says, “and then when you bring wind into the factors, that can cause some downed tree branches and downed power lines.”

She says many customers have been without power since the middle of the night and utility repair crews have been on-the-job since the wee hours.

“They’re working hard out there to get power back on quickly,” Newman says, “so we appreciate all of our customers’ patience during this time.” She says it may take until this afternoon for power to be restored to all Iowa customers.

MidAmerican reports outages of several hundred in the areas in and around Sioux City, Council Bluffs and Waterloo, and four-thousand homes without power in Fort Dodge. Alliant Energy reports about 700 customers statewide without power.