You are here: Home / News / State Ombudsman sees increase in number and complexity of complaints 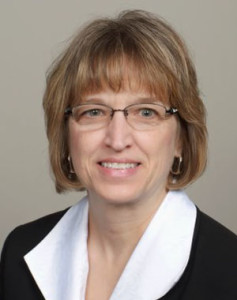 The annual report from the state Ombudsman shows complaints and questions increased by seven percent in 2015.

Acting Ombudsman Kristie Hirschman complied the report. “We’ve been consistently increasing our complaints the last few years — not by a lot — but consistently a little bit every year without an increase in staff,” Hirschman says. “The complaints that we receive that we agree to investigate do seem to be more complex.”

The Ombudsmans’ office doesn’t look into every complaint or call they get. “The primary reason that we use to decline a complaint is if there is an available grievance or appeal process that they haven’t taken advantage of, because it is only fair to give the agency the opportunity to resolve the complaint before we get involved,” Hirschman says.

On the other end of the spectrum, Hirschman says they sometimes step in because of the circumstances. “There’s some complaint that just because they are so egregious on face value, we jump in whether there’s a grievance process available or not,” Hirschman explains. “There’s several…that come to mind that we’ve highlighted in our annual report. One of those being the inmate who was shackled in the shower.”

The Ombudsmans’ office recommended the jail install a lockable gate on the shower to deal with high risk inmates instead of keeping them in shackles. The office agreed to look into more than 4,436 complaints last year, and the majority of those dealt with the prisons or jails. Hirschman says the Iowa Legislature’s intent through the years has been to have the Ombudsmans’ office focus on corrections complaints so inmates at the state and local level have a place to go with their complaints. She says state law makes the letters to the Ombudsman from prisoners confidential, and they cannot be read by the jail or prison staff.

Complaints about county government were second on the list this year. “In the past actually, the Department of Human Services has consistently been our second highest level of complaints — you know somebody took their kids, they are not taking action against an abuse situation or a child support problem, or they are not getting their food stamps — but this year, county complaints were higher,” Hirschman says. The annual report shows 69 percent of the cases accepted by the officer turned out to be unsubstantiated.

Hirschman says many times after reviewing the complaints, there was not intentional wrongdoing by local governments, but there were factors that cause them to mishandle some issues. “Lack of resources, lack of planning, lack of understanding of different situations or interpretations in the code. There’s new rules passed every year and I’m sure it is difficult for everybody to stay on top of those, even if it is their job, especially in smaller communities,” Hirschman says. Hirschman says her office works with the people involved in these situations to come to a solution.

Hirschman was appointed the acting Ombudsman with the retirement of Ruth Cooperrider. She has applied for the job and says the state is in the process of filling the position permanently, and that will likely come after the legislative session. For more information on the annual report, go to: www.legis.iowa.gov/Ombudsman.