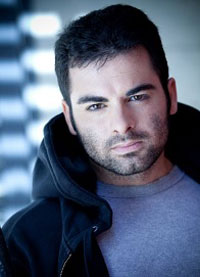 The Julien Dubuque International Film Festival opens later this week, bringing movie makers, actors and fans to the northeast Iowa city from all over the world.

This year’s festival features almost 60 movies in all sorts of categories, according to filmmaker Chris Alan, who’s helping to drum up support for the four-day fest in Dubuque. “The festival promotes diversity, of course, so you have a run of short films, features, animation, comedy, drama, sci-fi,” Alan says. “Really, anything that has a good story behind it, the festival likes to promote.”

Alan is a writer, producer and actor based in Los Angeles and one of his works will be featured in this year’s festival. “‘Flashing’ is a six-minute short film,” Alan says. “It is about a photographer who choses work over family and his epiphany of this once it’s too late.” The Dubuque event was recently rated among the top 25 such film festivals in the world, offering more than $40,000 in cash prizes in several categories.

Tickets can be purchased for individual movies for just $8 while a pass for the entire festival runs $250. The fest opens Thursday and runs through Sunday.