You are here: Home / Agriculture / Spring brings a variety of yard and garden pests to Iowa 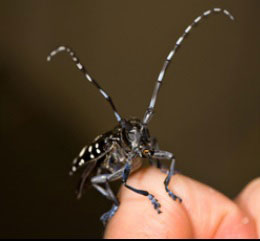 We should be done with snow until fall now and Iowans are digging full-swing into their spring gardening and landscaping projects.

Yindra Dixon, a master gardener with the U.S.D.A., says there are around 20 key invasive insects all Iowans should know on sight, bugs that could do serious damage to everything we’re planting.

Dixon says if you spot one of them, let the experts know. “Don’t worry about it being an infestation,” Dixon says. “If you see one bug, that’s enough to report. You can go directly to HungryPests.com, you can search by state or by pest, you can see the pest and what they look like at different growth stages and what types of symptoms they may exhibit on the affected plants.” 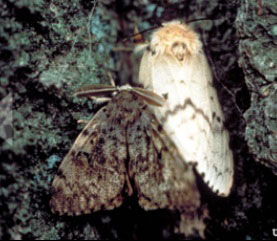 Dixon works in the U.S.D.A.’s APHIS division, the Animal and Plant Health Inspection Service. She says it’s important if Iowans see a potentially-harmful insect, that they report it.

“There are definitely a lot of things at risk when we let these hungry pests just roam around the world,” Dixon says. “They spread without resistance, they damage our crops, plants and trees and they cause a serious threat to our economy and even to public health.”

One of the biggest threats in Iowa is the emerald ash borer, which kills ash trees. It’s confirmed in at least 30 Iowa counties and millions of dollars are being spent to try and prevent its spread. There are several other pests on the agency’s most-wanted list. “One of the most serious is the Asian longhorned beetle,” Dixon says. “It affects hardwoods and maple trees. It has a perfectly round, three-quarter inch exit hole and sometimes can be mistaken for someone shooting at a tree. The most important thing is, if you see these holes, you contact someone right away.”

While butterflies like monarchs are valued creatures for the pollination process, several breeds of moths are considered serious pests, including the Asian and European gypsy moths. “The way that we can stop the spread the best with the gypsy moth is by looking for gypsy moth egg masses,” Dixon says. “The egg masses tend to stick to walls, fences, outdoor furniture, grills, campers. We can scrape off those egg masses and drop them into soapy water in order to kill the eggs.”

An agency report finds invasive species of insects can spread quickly and cost the nation 120-billion dollars a year. Learn all about the most invasive pests and the U.S.D.A. website www.hungrypests.com.