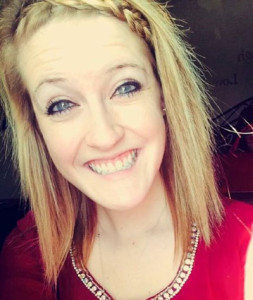 A jury on Monday found a North Liberty man guilty of first-degree murder for the shooting death of a young woman last summer inside the Coral Ridge Mall.

The defense claimed 23-year-old Alexander Kozak had a mental disorder and sought a verdict of involuntary manslaughter. The victim, Andrea Farrington, was 20 years old. The two knew each other, but Farrington had just broken off their relationship. The trial was moved to Story County and KCRG-TV was there as Cheryl Farrington, Andrea’s mother, spoke to reporters after the verdict was read.

“We’re all one great big family,” Farrington said. “There (are) no words to express the gratitude.” Farrington’s family members put on shirts that said “Andrea justice has been served.” Kozak now faces a mandatory sentence of life in prison without the possibility of parole.

Johnson County Attorney Janet Lyness thanked the people who were in the mall on June 12 of last year. “That was a really traumatic event for them,” Lyness said. “We met with witnesses, even some who we didn’t call (to testify), who are still struggling with what effect that had on them.”

Kozak’s attorney, Alfredo Parrish, attempted to argue during the two week trial that Kozak suffered from a “mental defect” at the time of the shooting.

Kozak, who was a security guard at the mall, did not react when the verdict was read. The jury took just 90 minutes to deliberate the case. Sentencing is set for June 6 in Iowa City.