You are here: Home / Crime / Courts / Monroe man pleads guilty to vehicular homicide as trial about to start 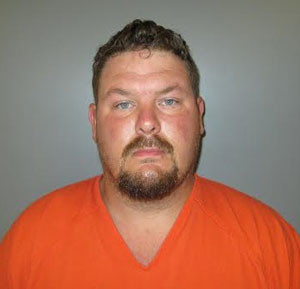 A south-central Iowa man charged in the hit and run death of a motorcyclist interrupted jury selection for his trial and plead guilty Wednesday.

Thirty-four-year-old Michael Liggett of Monroe was arrested for the August 2014 death of 20-year-old Clayton Harsin of Knoxville. The Iowa State Patrol reported a tip led them to Liggett after he fled the scene of the crash. He was charged with vehicular homicide and third offense OWI.

Troopers said Liggett’s truck struck Harsin’s motorcycle from behind. The trial was moved from Marion to Polk County and as jury selection began Wednesday, Liggett decided to plead guilty to vehicular homicide and two counts of assault with a dangerous weapon.

When he’s sentenced on July 1, Liggett could face up to 29 years in prison.