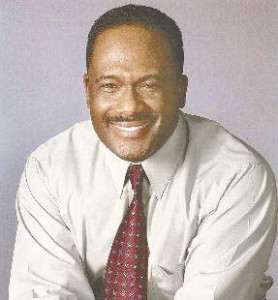 Iowa’s largest and longest-running international film festival will open next week with a special home state twist, an entire day devoted to movies shot in Iowa, shot by Iowans, or both. Kimberly Busbee, co-founder of the Wild Rose Independent Film Festival, says this is the event’s 13th annual edition and it’ll run eight full days.

Busbee says, “This year at the Wild Rose, we have short films, feature films, documentaries, animated films, even a web series and there are 70 films from all over the world, including films that are from students to pro films.” Of the 70 entries in the festival, 20 of them are Iowa-made and they’ll be the sole focus of the first day of screenings.

“We had so many great films from Iowa this year that we were able to program an entire day, Thursday, May 12th,” Busbee says. “It’ll start mid-afternoon and goes straight through into the evening. People are coming from all over that are Iowa-related and the films range from short films to a feature.” Attendees will be coming from both U.S. coasts and from as far away as Italy.

Emmy-winning actor and Des Moines native GregAlan Williams is the festival’s keynote speaker and he’ll be hosting both a workshop and a seminar. “It’s so much fun to watch him work with actors because he’s such a pro,” Busbee says. “He lives in Atlanta, works in L.A., works all over the world and really knows what he’s doing. The seminar is ‘Working and Networking in Larger Markets’ on Sunday afternoon. That one’s great for people who are looking to work from Iowa in bigger markets or move to a bigger market and want to know how to get your foot in the door.”

Williams will also lead an auditioning workshop for actors called “Booking the Role.” This year’s list of documentaries includes, “The Legend in My Heart,” which follows four renowned American artists – two writers, a choreographer, and a composer – as they travel to China to engage disabled and nondisabled populations by collaborating and creating together. The festival runs May 12th through the 19th at the Fleur Cinema & Café in Des Moines. For a full schedule, visit www.wildrosefilmfest.com.