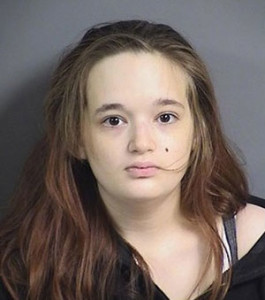 A Davenport woman is accused of abandoning her newborn child in a trash can.

She later told UI Police she didn’t know she was pregnant and thinking the baby was dead, tried to flush it down the toilet. She later put the baby in a pillow case and placed it in a trash can.

Hospital employees found the baby alive, but there’s no word on its current condition.