You are here: Home / Sports / Addition of football delayed at Clarke and Mount Mercy 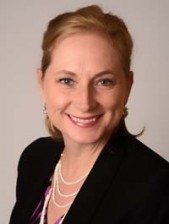 The Heart of America Athletic Conference has approved a one-year delay for Clarke University in Dubuque and Mount Mercy in Cedar Rapids to begin offering varsity football. The target date is now the fall of 2019.

Both schools were added to the HAAC in April of 2015 for the upcoming school year and the league requires members to offer football. Clarke announced in January of 2015 it was adding football beginning in 2018 and Mount Mercy was given a waiver by the league as it studied the financial impact of adding the sport.

“They are just trying to raise the necessary dollars and they have a list of priorities so they want to make sure they are doing things correctly”, said HAAC commissioner Lori Thomas. “Clarke asked for a year extension because they want to start club football in 2018 and go varsity in 2019.”

Clarke and Mount Mercy will become the fourth and fifth Iowa schools in the Heart. William Penn and Grand View are completing their first year in the conference.

“Grand View and William Penn have been great additions and they have raised the level of competition.”

Graceland in Lamoni has been part of the HAAC since it was founded in 1971.