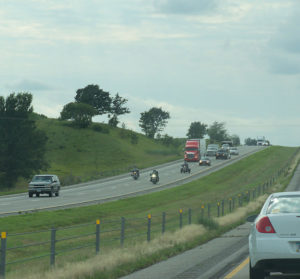 Gasoline prices in Iowa are the lowest they’ve been in 11 years heading into the first holiday of the summer season.

Gail Weinholzer, at AAA-Iowa, predicts the cheap pump prices will translate into a big boost in next weekend’s number of vacation travelers hitting the highways.

“We expect more than 38 million Americans to travel between next Thursday and the following Monday as part of the Memorial Day weekend,” Weinholzer says. “That’ll be the most travelers since 2005 and it coincides with the lowest gas prices since 2005.”

The motor club predicts about 700,000 more people will travel nationwide next weekend than a year ago. Of the forecast 38-million travelers, a record of almost 34 million — or around 90 percent — will be in motor vehicles, which is why gas prices are a key factor.

“In Iowa, the average is $2.22,” Weinholzer says. “A year ago today, it was $2.61, which is a 39-cent savings. It’s having a positive influence on people’s pocketbooks and people’s travel plans.”

The national average is $2.26, about four cents higher than Iowa’s average. The state’s cheapest gas can be found in Davenport at $2.10 a gallon, while the most expensive gas is in Des Moines at $2.33.