You are here: Home / Crime / Courts / Armed man taken into custody in Carroll after standoff 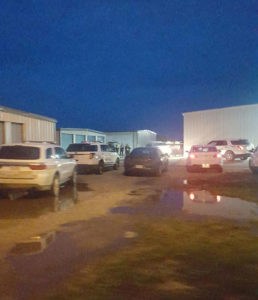 No one was injured in a standoff with an armed man in Carroll.

Carroll Police Chief Brad Burke says a parent called 911 over concerns their son would harm himself or others. “He was saying their son was suicidal, was armed with a handgun, and made threats to shoot anyone who approached him,” Burke said.

The man was in a vehicle with his mother along Highway 30 in Carroll. Police blocked a section of the highway. “We didn’t want any bystanders or passerbys to be mixed up in any type of crossfire if there were any shots that were fired,” Burke said. “We did have some businesses and buildings in the area that were also evacuated.”

The man was eventually taken in custody around 9:30 p.m. and transported to a hospital for evaluation. “There was no harm to anybody. It resolved peacefully. We’ll continue our investigation and charges are pending at this time,” Burke said. The man’s name has not been released.