You are here: Home / Human Interest / Still time left to win money from Iowa Finance Authority to buy a house 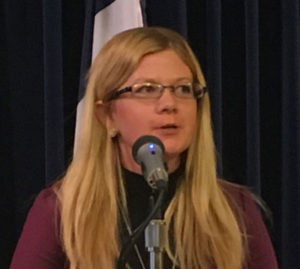 Iowans have the chance to win cash as part of an awareness campaign about financial aid that’s available to certain wanna-be home buyers.

Ashley Jared, spokeswoman for the Iowa Finance Authority, says the “25-hundred Bucks” campaign has the initial goal of letting people know they could get up to $2,500 to use toward a house downpayment, if they qualify.

“We recently did some research and we found the biggest barrier to home ownership is having that downpayment,” Jared says. “We’re adding a fun spin this summer, this Home Ownership Month, you have a chance to win $2,500, no strings attached. As long as you’re 18 and live in the state of Iowa, you can go to IowaHouseHunt.com for two chances to win.”

She explains how the contest works and you have just less than a month to give it a shot. “We’re accepting entries until July 4th, so it’ll be shortly after that and there’s two ways to enter,” Jared says. “The first one is noncompetitive. You just enter your information on our IowaHouseHunt.com website and that’s just a random sweepstakes for $2,500. The other one is a little more fun.” She details that second way to win another $2,500.

“You can enter a photo on our Facebook page of something that means money to you,” Jared says. “Whether that’s 2,500 whitetailed deer, so, a lot of bucks or clams or buddies named George for George Washingtons, or cold hard cash that’s frozen. We’ve received a lot of fun entries so far.” The entry that gets the most “likes” on the Iowa Finance Authority Facebook page will win that $2,500.