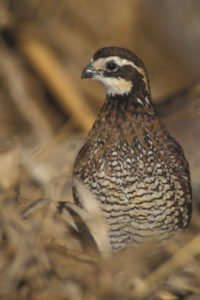 The number of quail taken by hunters in 2015 increased by 165 percent to 28,400. Iowa Department of Natural Resources wildlife biologist, Todd Bogenschutz says quail have seen the benefit of better weather just like other game birds.

“Quail numbers have been bouncing back up just like pheasants. Of course, our quail are mostly in the southern third of Iowa along the Missouri border there,” Bogenschutz says, “they just had some really good winters, that’s kind of a key for them. We don’t see a lot of quail if we have a bad winter.”

Bogenschutz says there are a lot of signs that the quail population is going to get even better. He says he’s heard from a lot of people who have heard quail calling everywhere which he says is a good sign for the spring nesting. “Our quail counts last year on the roadside were some of the best we’ve seen in 20 years, so I think the quail counts this year could be the best we’ve seen in 30 years,” Bogenschutz says.

Quail are like other games birds and have trouble when there are heavy snows followed by wet springs. “The fluctuations we see from one year to the next are almost always by weather. Mother Nature really frowned on us for about five years there, but now it seems like she’s decided to smile on us, so that’s a good thing,” Bogenschutz says.

He says they will know more about the quail population when they do their annual survey in August.