You are here: Home / Crime / Courts / Northwest Iowa man charged for threatening pastor with BB gun, then a knife 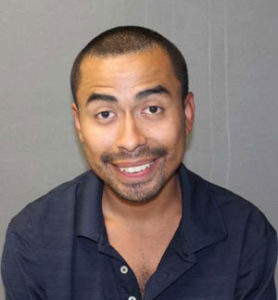 A Sioux City man is in custody, charged with allegedly threatening to shoot the pastor of a church — during a Sunday service.

Twenty-six-year-old David Flores-Marroquin is charged with terrorism, aggravated assault and disorderly conduct. Court documents say the suspect entered the Community Bible Chapel Sunday afternoon and began shouting at the pastor. He then displayed a BB gun, which looked real, pointed it at the pastor and threatened to kill him.

Witnesses say Flores-Marroquin walked outside, cut himself with a knife and wiped his blood on the church steps while chanting. Then the suspect allegedly threatened to kill the pastor with the knife. Police arrested Flores-Marroquin. He’s being held in the Woodbury County Jail on a $25,000 bond.