You are here: Home / Education / Northwest Iowa woman named PE teacher of the year in Iowa 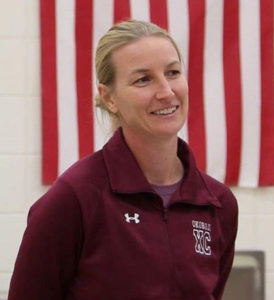 A northwest Iowa teacher has been named the Iowa Physical Education Teacher of the Year at the high school level. Abby Goodlaxson has been a PE teacher at Okoboji High School in Milford since 1999.

“There are so many wonderful phys ed teachers out there and I’m humbled that they chose me and I’ve learned from them too with different conventions and things like that,” Goodlaxson says. “I’m not sure how they chose me, but I know that I try to do my best in bringing in new activities and just trying to motivate kids every day.”

Goodlaxson has a class called “adventure PE” and she gets help from people in the community in teaching students about activities.

“Whether we’re going trap shooting or to the APEX range, parasailing, using Yoga Okoboji — doing some yoga, using the Y,” Goodlaxson says, “so there’s a lot of different activities that are just here, you know, using the bike trails to go biking.”

Goodlaxson, who is an Emmetsburg native, graduated from Morningside College in 1999 with a degree in health and physical education fitness. She still holds the Morningside women’s basketball record for percentage of three-point shots made in a career. Goodlaxson played four years at Morningside — and made 41 percent of her three-pointers.