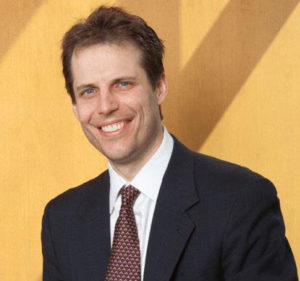 A dozen years ago, a University of Nebraska law school professor was working as a law clerk for Judge Merrick Garland.

Eric Berger, the law school’s associate dean, says it is “reprehensible” that Republican Senator Chuck Grassley hasn’t at least scheduled a hearing for Garland after President Barack Obama nominated Garland for the vacancy in the U.S. Supreme Court.

“It really betrays how partisan some of the Republican senators are in this process,” Berger says.

Berger is in Iowa today at the invitation of Progress Iowa, a liberal advocacy group.

“I’m here to send a message to Senator Grassley,” Berger says, “that I think he should hold hearings and a vote on Judge Garland.”

For the past few months Grassley has been saying that voters should have a say in who fills the vacancy on the court, so the next president should choose the next Supreme Court justice. Berger, who is a registered Democrat, says it is “a shame” that Senate Republicans are “politicizing the judicial branch.”

“It’s also a great shame that they have put themselves in a position of opposing Judge Garland, who is so exceptional and would do such a great job,” Berger says.

Berger started his year-long turn as one of Garland’s law clerk in August of 2003, after graduating from Columbia Law School. Berger says Garland has been a mentor ever since and even recommended him for law school openings Berger hadn’t yet applied for.

“He’s a wonderful person. He is — obviously, as everyone talks about — extremely smart, hard-working, meticulous, fair, non-partisan, moderate, Berger says, “all the qualities you would want in a judge.”

Berger, a New York native, joined the University of Nebraska faculty in 2007.