You are here: Home / Education / Iowa moves up a spot to 3rd in ‘Kids Count’ report 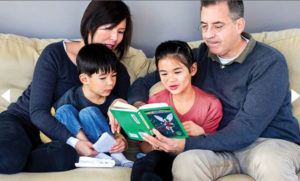 The new “Kids Count” report on the wellbeing of children ranks Iowa third in the nation overall, up one slot from fourth place last year.

Laura Speer, spokeswoman for the Annie E. Casey Foundation, says Iowa is in the top tiers of a majority of the key areas of the study, with 16 categories including education, economics, health and safety.

“The state has among the lowest child poverty rates in the country at 15 percent,” Speer says. “Still, that means 100,000 kids in the state are living below the federal poverty line, which is about $25,000 a year for a family of four, not much money at all.”

The study found Iowa is seeing an increase in the number of 8th graders who are proficient in math and a drop in the percentage of children who are living in households with a high housing cost burden.

“About 3 percent of children in Iowa lacked health insurance coverage in 2014,” Speer says. “That’s among the lowest rates in the country and a significant decline since 2008 which was about the height of the recession.”

The study shows more Iowa teens are staying in school and staying away from alcohol. They’re also not getting pregnant as often as in previous years. “In Iowa, the rate of teen births is very low at 20 births per 1,000 teens, that’s a big improvement since 2008,” Speer says. “There’s also been an increase in the percent of high school students who are graduating on time and a decline in the percent of teens who abuse alcohol and drugs.”

Iowa ranks toward the very top in most of the criteria, but Speer says there’s still room for improvement in a few important areas. “Even though Iowa does pretty well in terms of the education measures that we track, still, 62 percent of 4th graders in Iowa are not proficient in reading,” Speer says. “That’s almost two out of three 4th graders not proficient in reading, which is too many.”

The study found Iowa’s figures for child poverty and single-parent families have worsened in the past few years, while more Iowa children have parents who lack secure employment. See the full report at the Annie E. Casey Foundation website: www.aecf.org