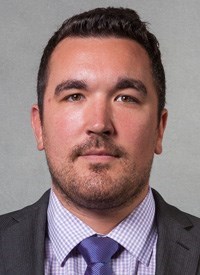 New Loras College wrestling coach TJ Miller is getting the chance to lead his own program sooner than expected. Miller was named the Duhawk head coach after Randy Steward resigned to take over a high school program in the state of Georgia.

Miller was the associate head coach for Loras this past season a prior to that was a high school coach in New Orleans.

“It definitely happened a lot sooner than I expected”, said Miller. “When Randy flew me up here from New Orleans he told me two years and he would be done so when he came into my office and told me I was shocked. It is a dream come true for me.”

Miller wrestled at Wartburg for his father, Jim, who directed the Knights to 10 NCAA Division three national championships and 15 straight Iowa Conference titles. TJ won a national title at 197 pounds in 2007 and hopes to build the Duhawks into a national power.

“I have always liked Dubuque and think this is a great place to go to school and live. I definitely see the potential here. It is going to take a lot of work and a lot of time but hopefully I can speed that process up.”

Steward spent 23 years as the Loras coach and is the school’s all time leader in wins with a record of 228-198-2. He led the Duhawks to a seventh place finish at the 2002 NCAA Tournament.