You are here: Home / Crime / Courts / Man with gun shot and killed by Boone police 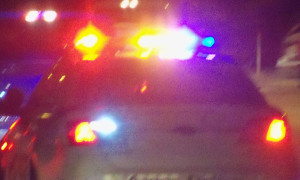 At about 10:15, the Boone County Dispatch Center received a 911 call reporting a male with a gun was threatening people. Boone Police, along with the Boone County Sheriff’s office responded. Once law enforcement confronted the subject, he drew a gun from his waistband.

In spite of several orders to drop the gun, the man refused, and then raised the gun and approached officers. Officers fired their weapons. The subject was shot and was brought into the Boone County Hospital for treatment.

Due to some disturbances in the waiting room the hospital was put on lockdown for a short amount of time. The man, who has not yet been identified, later died. An autopsy will be performed later today at the Iowa Office of the State Medical Examiner in Ankeny.

The officers involved in the incident have been placed on paid administrative leave until the completion of the incident which is in accordance with the policy of the Boone Police Department.