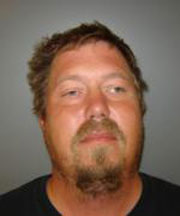 A Fort Dodge man was sentenced to prison on Wednesday after being convicted of sexually abusing his daughter over several years, starting when she was nine years old.

Thirty-nine-year-old Lucas Lankford was sentenced to 65 years in prison for two counts of sexual abuse in the second degree, incest and sexual exploitation. He also admitted he photographed or filmed the sex acts he committed against the child three times between June, 2013 and March, 2015.

In imposing the sentence, District Judge Thomas Bice said the case was “the most disgusting,repulsive and sickening case” he’s ever seen. Bice emphasized the very nature of the offense warrants consecutive prison sentence.

The convictions carry a special sentence committing Lankford to lifetime parole and registering him as a sex offender for the rest of his life.