You are here: Home / Crime / Courts / Police investigating first murder of the year in Waterloo 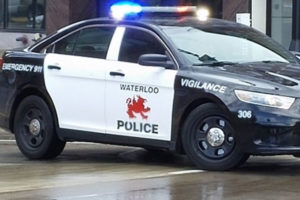 Waterloo police are investigating a shooting that left one person dead and two others injured on Sunday.

Authorities say 21-year-old Otavious Brown died at a local hospital after being shot once in the chest. The other victims, 17-year-old Dewan Campbell and 22-year-old Aundrey Roberts, were treated for their injuries and released. Waterloo police officers learned of the shooting when they received a call from someone at the hospital that the three subjects, all from Waterloo, had arrived at the emergency room in a private vehicle.

Investigating officers determined the shooting occurred in a neighborhood less than a mile from the hospital. They secured the area and discovered evidence at the scene. Brown’s murder is the first in Waterloo this year. The shooting remains under investigation.