You are here: Home / Human Interest / Animal Rescue League has tips for helping pets with the heat 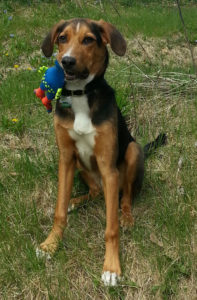 During this extreme heat wave, you are being reminded to take particular care of their pets, especially those that are considered “outdoor” animals.

Josh Colvin, spokesman for the Animal Rescue League of Iowa, says if your dog is in a fenced area or chained up in the back yard, there are a few requirements when the temperatures get this hot.

“It’s really important to have cool, fresh water out there,” Colvin says. “That does help them cool themselves and they will not drink hot water. They’ve got to be in shade, so make sure there’s shade out there. With these really extreme temperatures, we do just recommend getting them in the house, somewhere where there are fans and cooler temperature for them.”

Some Iowans like to take their pets for a ride and will leave them in the car with the windows cracked while they run errands. Colvin says that’s not a good idea. “In extreme temperatures like this, we recommend keeping them at home,” Colvin says. “Really, a cracked window is not going to do much for them, even in the shade. The way animals cool themselves is by panting and if all they’re doing is bringing in that hot air, it’s not cooling them down. It takes very little time for a dog in a hot car to have a heat stroke.”

Forecasters say much of Iowa will be seeing high temperatures in the 90s this week, with triple-digit heat indices.

“There’s a lot of things that can happen in a short period of time, even taking dogs for walks,” Colvin says. “That can be dangerous. We’ve got concrete out there that is going to get hot. Imagine with your bare feet. Dogs can actually burn their feet on that hot concrete as well.” If there are feral cats or wildlife in your neighborhood, he suggests you set out a bowl of fresh, cool water for them as well, and limit your dog’s outside time to bathroom breaks only.

Colvin urges people to act immediately if they see a distressed animal outside or in an unattended car. In the city of Des Moines, residents can call ARL Animal Care & Control at (515) 283-4811. Elsewhere, call your local law enforcement’s non-emergency phone number.

Tips for helping pets deal with the heat.