You are here: Home / Business / Job gains offset by losses as state unemployment rate moves up 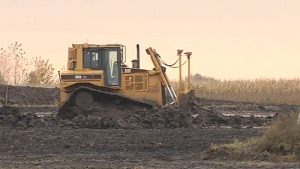 Construction jobs have increased by nearly 16 percent this year.

The state unemployment rate inched up in June to 4 percent after holding at 3.9 percent in May.

The rate is the highest it has been since November of 2014 and has now inched up slightly in four of the last five months.

Professional and business services lost 1,500 jobs in June, IWD says this sector has generally trended down over the past year as firms and individuals reduce demand for non-essential services to save money. Manufacturing lost 600 jobs and IWD says that sector has seen just one monthly gain this year.

The unemployment rate was 3.6 percent one year ago. Iowa’s rate still remains below the national level, which rose to 4.9 percent in June from 4.7 percent in May