You are here: Home / Agriculture / Farm safety group created by Iowa woman will end this year

A farm safety organization created three decades ago in the wake of a tragedy in Iowa is going to dissolve at the end of the year.

The Farm Safety For Just Kids organization will continue its work through the Progressive Agriculture Foundation (PAF). 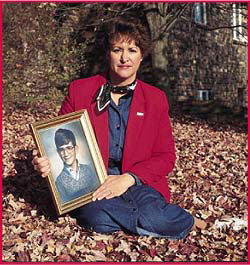 Marilyn Adams with a picture of her son Keith 30 years ago.

Marilyn Adams created “Farm Safety For Just Kids” one year after her 11-year-old son Keith died in an accident involving a gravity flow wagon in 1986. “At that time there were no farm safety programs for 4-H or FFA, the organizations that probably should have been carrying the torch at that time, but they just weren’t. There just wasn’t public demand,” Adams says.

Adams wanted to prevent other families from having to go through what she went through. “It was hard to do when I first started it — but you know I didn’t know any better,” Adams says. “I did it without any feasibility study or anything, it was just pulling on my heart strings of something positive to focus on.” Adams was the face of the organization and went to numerous appearances where she talked about farm safety and her story.

She says now is a good time to retire from that role. “I’ve been thinking about the need to wind things down at Farm Safety For Just Kids. There’s a lot of organizations that are doing children’s farm safety. If you take a look at the website you will see it is all over the world. And it wasn’t that way 30 years ago when I first started,” Adams says. 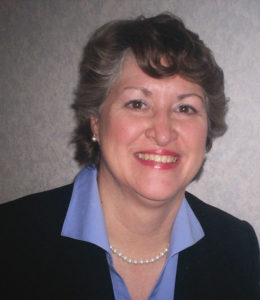 Adams started the movement to help her deal with the death of her son — and while it helped her to do something positive — she says thoughts of Keith are always there.

“I think of him when we mow the yard, I think of him when we plant trees, when we harvest — he is just still a part of our lives,” according to Adams. “You know the other kids grew up and left home, he left home and didn’t grow up. So, it is hard, but a lot of good has come out of it, and I am sure he is still out there pointing his mother in the right direction.”

Adams has some simple plans for retirement. “My future holds canning green beans and babysitting, and assisting on the farm and running errands,” Adams says.

The assets of Farm Safety For Just Kids will be donated to the Birmingham, Alabama-based PAF. As part of the transition the organization will donate $5,000 to both the National 4-H Council and National FFA Organization to recognize their advocacy work for youth safety in agriculture.