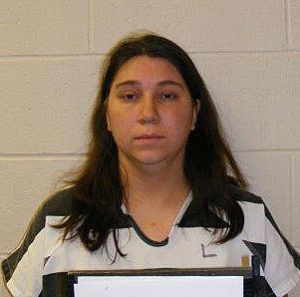 Pella woman pleaded guilty today in the death of her one-year-old child.

Twenty-eight-year-old Anna Sothman was arrested this morning and charged with child endangerment causing death. Her baby daughter, Elaine, died on June 23, three days after she was pulled — unresponsive — from a bath tub full of water.

Pella Police Chief Robert Bokinsky says Sothman left the baby alone in the tub for at least 30 minutes. “We suspected that she was on the phone and Internet…we were able to establish that was the case,” Bokinsky said. There’s no indication that Sothman fell asleep or was somehow unable to be with her daughter.

“It’s a terrible tragedy, regardless, but was it somebody that was just exhausted and fell asleep or what do we have here? Well, we can show that she was active on the Internet the entire time,” Bokinsky said. “What was more important than watching her baby? At that moment, I guess to her, it was Pinterest. That and playing games and I think she may’ve fielded a phone call or two.”

There were two other young children in the home at the time, according to Bokinsky. The children’s father was at work. Anna Sothman now faces up to 50 years in prison. A sentencing date has not been set.