You are here: Home / Agriculture / Crops continue to do well as growing season progresses 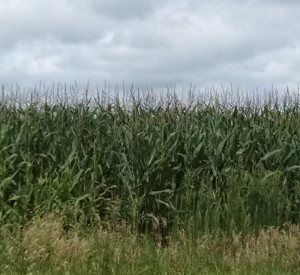 Iowa’s corn and soybean crops continued to do well as the calendar turned to August.

The latest U.S.D.A. report shows 83 percent of the corn is rated in good to excellent condition. The report says 94 percent of the soybeans are blooming which is six days ahead of last year. Seventy-nine percent of soybeans were setting pods which is one week ahead of normal.

The majority of the soybean crop is also in good shape — with 82 percent rated good to excellent. The crops have plenty of moisture to draw on, with 83 percent of the topsoil moisture in the state rated adequate and five percent showing a surplus. The same levels were reported for subsoil moisture as well.