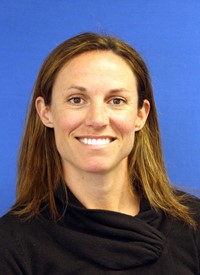 Expectations are high for the Drake women’s soccer team as the Bulldogs get set for Friday night’s season opener at North Dakota State. Coach Lindsey Horner has eight starters back from last year’s team that captured the Missouri Valley Conference regular season title and the Bulldogs are picked to repeat as league champs.

“I think our players have set lofty goals but we are trying to keep them level headed”, said Horner. “We know the results are not going to come just because of our preseason ranking or the success we have had in the past.”

Drake will be tested right away by a North Dakota State team that is the defending Summit League regular season champion.

The Bulldogs beat Northern Illinois 3-1 and played to a scoreless tie against Minnesota in exhibition play.