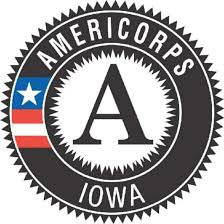 Iowa is being recognized as one of the nation’s top states for volunteerism by the country’s national service program.

Bill Basl, director of AmeriCorps, says the Hawkeye State is among the best of the best when it comes to people donating their time to worthy causes in areas including education, the environment and in emergencies.

“The state is in the top ten and Des Moines ranks number-seven among mid-sized cities that produce AmeriCorps members,” Basl says. “It’s not so much unexpected because Iowa has such a strong tradition in service and volunteerism.” There are about 1,200 Iowans in AmeriCorps now, and since it started in 1994, Iowa has seen more than 10,000 enlist in the program.

“If you were to take the 10,000 who have served in AmeriCorps since ’94, they have served about 13-million hours,” Basl says. “As an AmeriCorps member, they also earn an education award which helps provide for the cost of post-secondary education or it can be used to pay off student loans. They’ve earned $32 million.”

A vast majority of that money, he says, has been pumped right back into colleges and universities in Iowa. Basl says about 60 percent of all AmeriCorps members are involved in education-related fields, with many zeroing in on helping elementary schoolers to read.

“The reason we’re focusing on reading is, that is a key indicator of academic success and it’s the set of skills students need to move forward,” Basl says. “We’re fond of saying, in grades K through 3, you learn to read, and from that point on, you read to learn.” Those who serve in AmeriCorps for one year earn an educational award, much like a Pell Grant.

In October, the one-millionth AmeriCorps member is expected to take the pledge, committing to “get things done” for America.