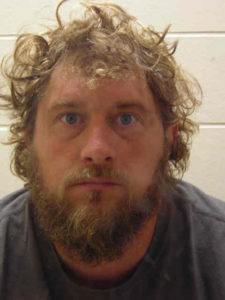 The Ida County Sheriff’s Office is asking for any information from students in three school districts who may’ve had an improper relationship with a substitute teacher.

The sheriff’s office says the department started an investigation in May along with the DCI, and found that long-term substitute teacher John Tietsort of rural Battle Creek had repeated sexual contact with one student from Maple Valley-Anthon Oto Community High School and one student from Odebolt-Arthur-Battle-Creek-Ida-Grove.

The 32-year-old Tietsort was arrested on August 23rd and charged with two felony counts of sexual exploitation by a school employee, and three serous misdemeanor counts of lascivious conduct with a minor. Tietsort had also been a substitute teacher in the Ridge View school district in Holstein. Ida County Sheriff’s asks that any other former students of Tietsort’s who wish to report inappropriate contact the sheriff’s office.

Tietsort was released on a $5,000 dollar cash bond and is due back in court on September 1st.