You are here: Home / Sports / Cyclones move on to game against Iowa 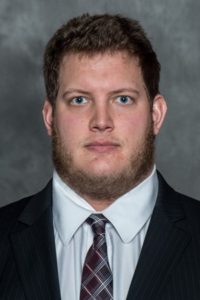 Iowa State coach Matt Campbell says the Cyclones have moved on to this week’s 64th meeting in the series against Iowa. The Cyclones are looking to bounce back from a season opening 25-20 loss to Northern Iowa.

“Whether you win or lose you have got to flush it and you have got to be prepared to come back the next day and go to work”, said Campbell. “I thought our kids for the most part handled that and we have got some really good leadership.”

This will be the first time Cyclone senior center Brian Bobek has played in this game but it is not his first involvement in a rivalry with the Hawkeyes. Bobek played at Minnesota before transferring to ISU.

“Here it is like everyone is within the same borders so I feel like there is a little more hatred here between the fans”, said Bobek. “As far as the players go both teams just want to win the game and that is very similar to what it was at Minnesota.”

Campbell has some history he can show his team. Two years ago the Cyclones opened with a loss to North Dakota State and two weeks later beat the Hawkeyes 20-17 in Kinnick Stadium and in 2007 the Cyclones lost to UNI 24-13 and the very next week beat Iowa 15-13.