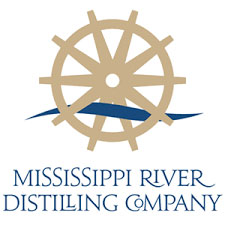 A task force meets for the first time today to study Iowa’s old and complicated alcohol laws which some say need to be revamped.

Garrett Burchett, of LeClaire, will represent a dozen “micro-distilleries” on the panel. Burchett runs a vodka distillery near Davenport that opened six years ago and now, his Mississippi River Distilling Company attracts nearly 60,000 people a year.

“Those people come to see the mechanics of it, they come to see how it’s made, and at the end of the day, we believe they want to sit down and have a drink,” Burchett says.

“We want to do that responsibly and within the laws, within those rules, no different than any other bar or restaurant but at the same time, we want that opportunity no different than breweries and wineries.” The LeClaire distillery is growing, selling vodka, gin and whiskey to customers in 26 states and three foreign countries. Unfortunately for Burchett, Iowa code requires small distilleries to stop producing liquor once they reach a certain limit.

“At some point, we will exceed that production limit,” he says. “This company will be so successful that we’ll have to close our doors to the folks of Iowa and Illinois. We’ll have to close our front door. There’s not a brewery in the state of Iowa that has a production limit. No one walked into a brewery and said, ‘Hey, no matter how successful you are, eventually, we’re going to have to put a stop to that.'”

In addition to the production limit, Burchett says another problem is the company is only allowed to sell two bottles of liquor per day to a customer and they can’t sell any by the glass. Also, free samples are limited to two ounces per person per day.

The Iowa Alcohol Policy Task Force is expected to make recommendations to the next legislature. The group’s cochairs are the directors of the Iowa Alcoholic Beverages Division and Economic Development Authority. The other members represent Iowa’s beer, wine and liquor industries.