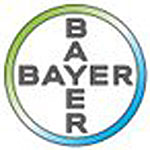 German based Bayer has reached an agreement to acquire seed and pesticide firm Monsanto for $66 billion.

Bayer CEO Werner Baumann made the announcement today during a teleconference with reporters.

“I’m delighted to announce that earlier this morning we signed a merger agreement that Monsanto, one of America’s iconic chemical companies, to combine with Bayer,” Baumann said. Monsanto CEO Hugh Grant claims the deal will benefit both company’s shareholders, growers and consumers and allow for greater agricultural research and development.

“We’re now entering a new era in agriculture, one in which growers are calling for new solutions and technologies to meet the challenges of the future,” Grant said. “Bayer shares in our vision of sustainable agriculture and improving the lives of growers and people around the world.” Baumann hopes to get all the regulatory approvals they need and close the deal before the end of next year.

“We do have a very high level of comfort…that this whole regulatory process can be concluded by the end of 2017,” Baumann said. Monsanto lists 21 offices in Iowa. The combined company’s seeds divisions and headquarters in North America will be based in St. Louis. The pesticide and crop science division will be based in Monheim, Germany.

Senate Judiciary Committee Chairman Chuck Grassley, a Republican from Iowa, issued the following statement about the merger announcement:
“Iowa farmers who I’ve spoken with are worried about rising input costs, especially in an increasingly weak agriculture economy. Today’s announcement will only heighten those concerns. As mergers continue to occur in the seed, agrochemical and fertilizer industries, federal antitrust regulators must be ever more vigilant to ensure a robust competitive environment in this important sector. And, with several proposals under review, it’s crucial that the antitrust authorities collaborate as appropriate with each other, and the Department of Agriculture, in their analysis to ensure that competition is preserved for farmers and consumers.”

Currently, two other proposed mergers of seed and agrochemical companies are being analyzed by the Justice Department and the Federal Trade Commission. Grassley has called a hearing of the Judiciary Committee for September 20, at 10 a.m., to look at the consolidation trend in the seed and chemical industries.