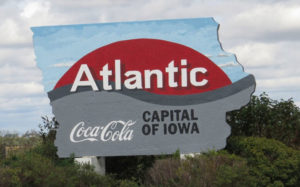 A long-time employer in southwest Iowa is announcing a major expansion.

Atlantic Coca-Cola Bottling Company will wrap up a three-year project on October 1st, growing overnight from 200 to 700 employees.

Executive chairman Jim Tyler says they’ll expand the production facility in Atlantic in addition to broadening the service area to cover almost all of Iowa and into a few neighboring states.

“We bought 16 new Kenworth tractors, we’ve got 17 new trailers coming, we’re increasing the number of routes from 95 to around 120,” Tyler says. “We’re going to improve service to all of our new customers, especially in the new territory.”

The operation will grow from just two locations, in Atlantic and Waukee, to a total of nine facilities, adding those in: Ames, Cedar Rapids, Dubuque, Mason City, Ottumwa, the Quad Cities and Spirit Lake. The company will also do business in parts of Minnesota, Wisconsin, Illinois and Missouri. The family-owned business is in its 107th year and he says this move should allow them to take even better care of clients.

“When our customers needed equipment service prior to October 1st, they had an 800-number they called and somebody in Tampa answered the phone,” Tyler says. “Now, our call-in center is going to be in Waukee.” A few years back, Tyler and his son made a trip to Coca-Cola’s North American corporate offices in Atlanta, Georgia. The Tylers spoke with company president Sandy Douglas about expanding in Iowa, but Douglas suggested they should think “a little larger.”

“When they came back with the map as it is now, we were really overwhelmed, but it’s nice to be wanted,” Tyler says. “They really wanted us to take this. We didn’t have to fight for it. It’s a big challenge but it’s a great challenge.” At one-time, Tyler says there were more than 1,000 independent Coca-Cola bottlers in the U.S., but that has dwindled to about 60. Tyler says the company intends to be active in every community it serves.