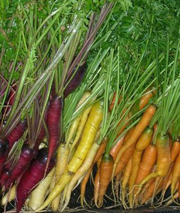 Iowa remains among the nation’s top states for making and selling organic foods.

A report from the U.S.D.A. shows Iowa consumers spent over $120 million on organic items last year.

California is far and away the national leader in both organic production and sales. Wisconsin, New York, and Pennsylvania are also ahead of Iowa for the number of organic farms.