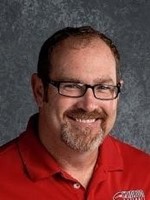 District play begins in class 4A and the road to the playoffs is a much more difficult one this season as only the top two teams in each district will advance to the postseason. Eighth ranked Iowa City High visits Clinton to open a district seven race that features several playoff contenders, including Bettendorf and sixth ranked Muscatine.

“As far as our district is concerned I would trade with just about anybody”, said Clinton coach Jon Wauford. “We are in the toughest district in big school football in the state of Iowa”

Class 4A 5th ranked Lewis Central takes a 3-0 record on the road to Urbandale in a game featuring two of the teams expected to contend in district three. Urbandale is 2-2 after a challenging non-district slate and coach Sam Anderson says the chore for the J-Hawk defense is to slow down Lewis Central sophomore quarterback Max Duggan.

“He has got an outstanding arm and he has got receivers they spread the ball out to really well but they also run the ball effectively”, said Anderson. “He is a threat as a runner as well as a thrower.”

Gary Determan at KROS contributed to this story