You are here: Home / Business / A fourth Iowa county to have minimum wage higher than $7.25 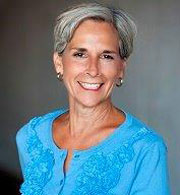 The board of supervisors in Iowa’s largest county has taken an initial vote to raise the local minimum wage. The ordinance calls for raising the minimum wage in Polk County to $10.10 an hour by 2019.

“My goal throughout the whole process was really to balance the needs of our most vulnerable families and continue to do the best thing for the citizens of Polk County,” says Angela Connolly, chair of the Polk County Board of Supervisors. “I really had hoped and still hope that the State of Iowa will continue to address this issue.”

Officials in three other Iowa counties have taken similar steps to raise the local minimum wage. Johnson County’s minimum wage has already risen above the state and national rate and will go up to $10.10 an hour this January. County supervisors in Linn and Wapello Counties have already voted to hike their local minimum wage. Polk County officials formed a task force to study the issue in May and took the first of three votes on the wage hike today.

“I’m hoping it does put pressure on the state to do something,” Connolly says.

Five of the six states that border Iowa have a higher minimum wage. Earlier this month the board of supervisors in Lee County in southeast Iowa formed a study group to consider a wage hike in their county.